K4 systems are for large scale audience applications, live concerts, major arena events and theme parks.   The K4 maintains precise dispersion for far field projection.   The acoustical image is consistent across large distances.   The K4 design is part of the seamless integration and transparency of reproduction across all platforms, from Large scale concerts, Studio Mastering, though to Cinema and Home systems.

Lenard sound system designs are licensed to any company wishing to manufacture and market these designs.

The K4 Professional Entertainment, large-scale, 4-way active sound system is fully horn loaded and behaves similar to a plane wave front, projecting the acoustic center forward 6db.   This gives an illusion the performance is closer than it actually is.   Thus creating a 3D virtual-reality experience.   The effect is breathtaking.

The K4 can be scalable to any imagined size.   An audience of 1 Million is achievable.   The K4 system is floor standing and can be structured on a much larger scale than conventional line-arrays.   However the K4 is not intended as a replacement for ceiling strung line-arrays. 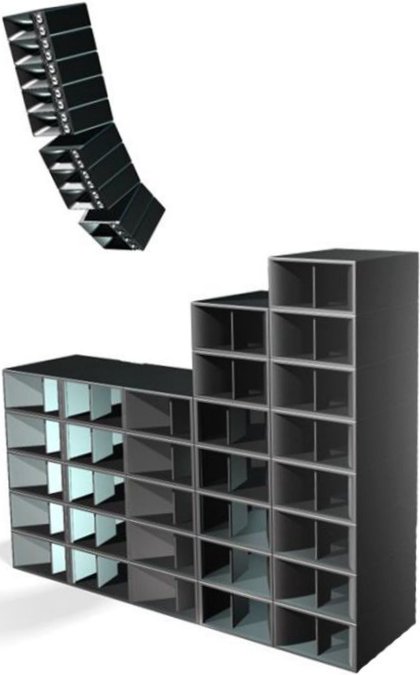 The unique advantage of the K4 is it's Lego modular adaptability.   There is no limit to the number of cabinets that can be stacked or the variations in which the cabinets can be arranged.   The K4 is fully horn loaded.   The 15in folded horn bass cabinets, and the 15in linear horn lower voice cabinets, are the same size.   approx 1m (3ft) x 1m (3ft) x 0.5m x (18in)   Transport is compact and simple. 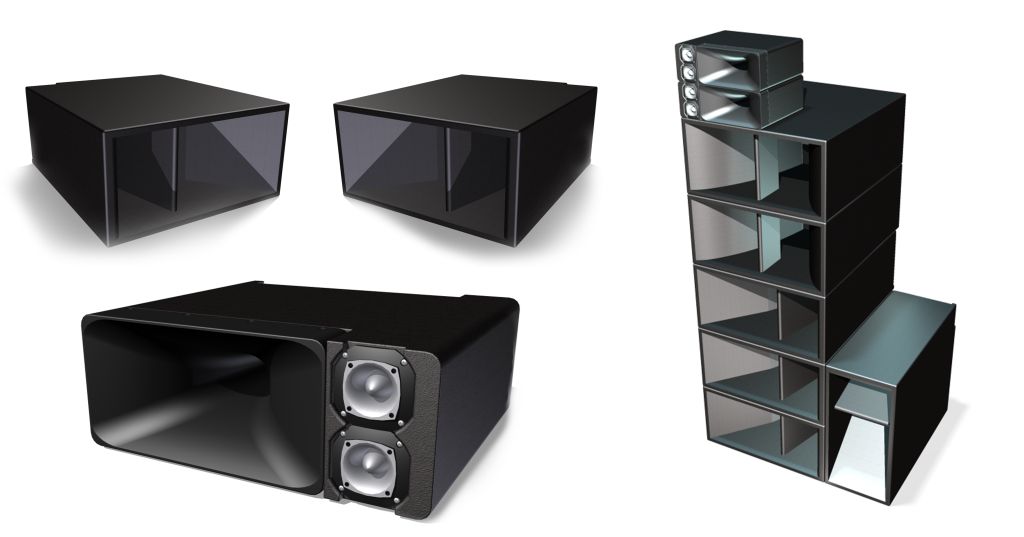